One group of locals on the island of La Palma was unreachable until two local companies stepped in with their drones to drop food and water.

Eruptions of the Cumbre Vieja volcano on the Spanish island of La Palma have destroyed large swaths of the region, leaving vast amounts of lava and ash on the ground since the middle of September. In the past month, one species of island residents had been neglected until recently: the canines.

In the town of Todoque, several malnourished dogs were recently found roaming a walled-in yard that has been covered in ash. Due to the surrounding lava flow, reaching the hungry pups was impossible – until two local companies stepped in with life-saving drones.

The two companies, Ticom Soluciones and Volcanic Life, have used the drones to drop food and water to the dogs since Saturday, and the companies say they will continue to feed the dogs as long as meteorological conditions allow.

On its way to the Atlantic Ocean, the lava has destroyed everything in its path, but the lava has spared a few areas by creating “islands” of land that remain relatively unharmed. 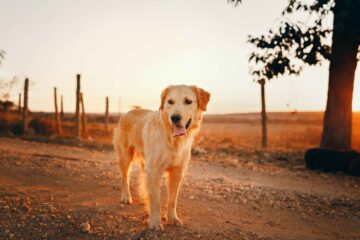 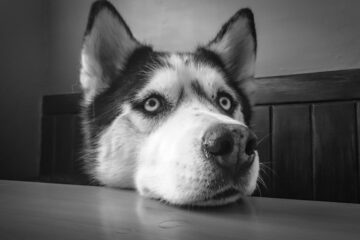